WHEN THE MAP’S ON THE LAP, DON’T TALK: ROAD TRIPPING WITH KIDS 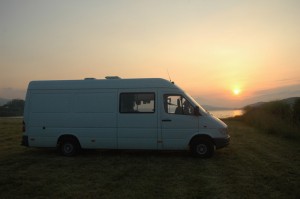 Firstly, if anyone tells you that packing up your home, transforming it from a family-with-toddlers-pit into a sparkling holiday let, then packing the kids (aged two and four) into an old van for a summer road trip, is going to be a cinch, I can assure you it’s not. It’s basically like moving house, re-decorating, and having nowhere to move into. 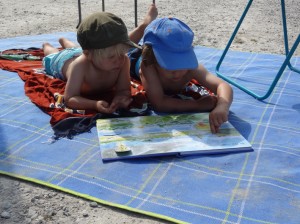 But that’s not the point. Now we’re in our roving tin can for the summer and free camping beachside in Tarifa with the mountains of North Africa in view, the stress of leaving has dissipated and it was worth every minute of hair-pulling madness. 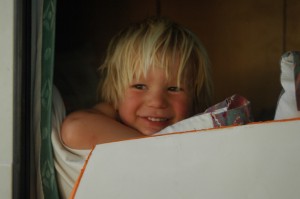 Shacked up in our huge Mercedes Sprinter (so huge I crashed it the first time I took a tight corner out of a friend’s driveway), converted to fit a family of four and the dog, we had no idea how far the old rust bucket would take us. Big Bertha, as the van has affectionately now been named (for her size and reluctance to take hills at more than 20mph) has trucked happily through Spain, from lakeside camping spots in Cantabria, over mountain tops and cruised to the beaches of Andalucia. 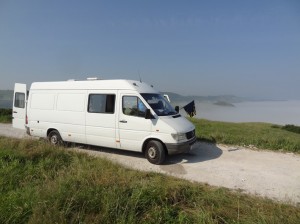 Less than an hour from disembarking from the ferry in Santander (a breeze of a 20-hour crossing, thank you Brittany Ferries), we were adjusting to the 30˚C heat in Suances, jumping in the waves of Playa Concha, then pulling up to sleep with a stupendous sea view overlooking neighbouring Playa Tagle. As if rockpooling and swimming in a sheltered lagoon wasn’t enough to kickstart the summer, when we did head inland we ended up lakeside in a tranquil meadow in Las Rozas, where we swam to a partly submerged church towing the boys on bodyboards. 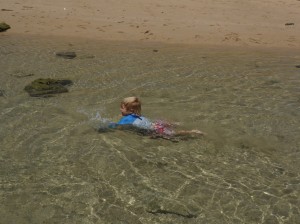 Despite collecting thorns in the soles of our feet from our barefoot lifestyle, we’re cruising on saltwater immersion, lazy alfresco dining (paella, barbecues, gazpacho, fresh bread, chorizo and seafood) and nights under the stars. Our unwashed hair is turning straggly and blonde, and we’ve witnessed the kindness of strangers when we were in need of water and when our van got trenched in a sand dune. 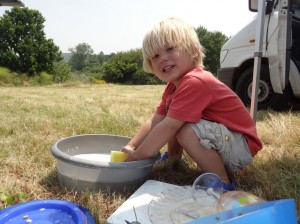 There have been long days on the road and long days on the beach. The wild things have been active and happy, and tiresome and naughty. There’s a long summer ahead of us, and already we’re getting to grips with the language and life on the road. There’s no telly, no computers (or very little – the midges are hitting my screen), and life is as relaxing as it can be before the school run starts. Long may it last. 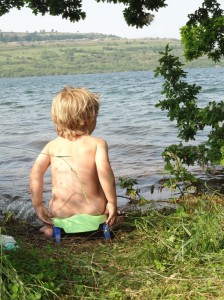