Enter the Old Coastguard, Mousehole, and you are welcomed into a contemporary bar, restaurant and hotel overlooking the ever-changing seascape of Mounts Bay. A fitting setting for a photography exhibition based on the RNLI’s work, it was here that, a few miles out to sea, eight lifeboat crewmembers lost their lives in 1981’s Penlee lifeboat disaster. 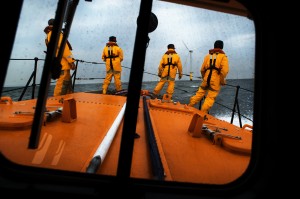 The view from the wheelhouse of the Hoylake lifeboat, Lady of Hilbre, as the crew search for a casualty in the water near the North Hoyle wind farm.

Launching this weekend, Courage On Our Coasts features 40 limited edition dramatic prints of lifeboats battling rough seas, RNLI crew and lifeguards. All the images were taken by volunteer lifeboat crewmember Nigel Millard, who has spent time with lifeboat crews and lifeguards all over the UK and Ireland, from the Cornish coast to the Shetland Isles. 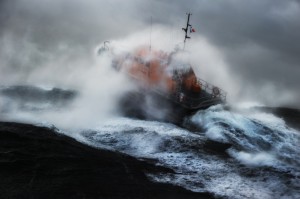 Ireland’s first Tamar class lifeboat, the Kilmore Quay Killarney has been braving the waters off the south-east coast of Ireland since 2010. 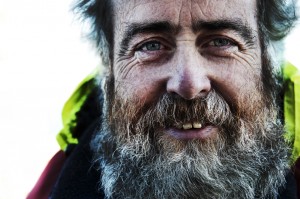 Ned Dillon is the Coxswain at Arklow, the oldest RNLI station in Ireland.

And where better to begin an evening at the Mousehole Lights than at the Old Coastguard, perusing this unique exhibition (free to enter), dining on fine Cornish produce or simply warming up over a mulled wine or hot chocolate? Here, tables and rows of sofas look seaward, and children and dogs get a hearty welcome too. The Old Coastguard’s owner, Charles Inkin, said, “It’s difficult to think of an organisation which is more significant to this part of the world than the RNLI.  To host a showing of Nigel’s photographs is a real thrill for us and we hope our guests will support the exhibition and contribute to the extraordinary work of the RNLI”. 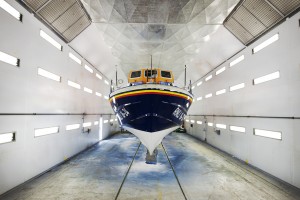 Having put together a book of the images, The Lifeboat: Courage on our Coasts, written by local Penwith resident Dr Hew Lewis Jones, Nigel Millard said, “Penlee has a real soft spot in everyone’s heart within the RNLI, it seems only appropriate to bring an exhibition of this sort to the village of Mousehole”. The book honours generations of hard-working people who generously dedicate their time to those in danger at sea and also their families who wait for news while the lifeboats are out.

The exhibition is free of charge, and open to the public from 8th December 2013 until 4th March 2014. 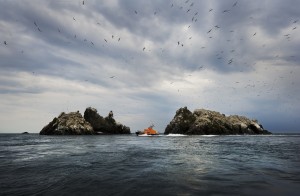 The Old Coastguard is a fourteen-bedroom inn overlooking Mounts Bay. Open from 9.30am every day (lunch 12.30–2.30pm, dinner 6.30pm–9pm), it was the Good Pub Guide’s Dining Pub of the Year for Cornwall in 2013.
www.oldcoastguardhotel.co.uk
My review on www.coolplaces.co.uk

For more information on the book and exhibition The Lifeboat: Courage on our Coasts, visit www.rnli.org/courageonourcoasts