Juggling jobs, spinning plates and trying to keep the whole family entertained; sometimes the entire summer holidays can feel like a circus act. But if you want to take a bit of time off as the ringleader, head to the Circus Funtasia for a spell of full-throttle, eye-popping family entertainment from the minute you take your seats. 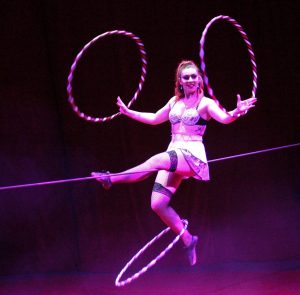 My kids were bubbling with excitement as soon as they clapped eyes on the colourful high top, with its promises of clowns and candyfloss, acrobats and daredevil spectacles that appear to be out of this world. And from the minute the curtains parted we were all mesmerised from beginning to end. 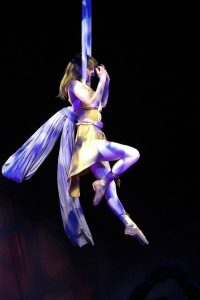 Every act was thrilling and well rehearsed, from the dizzy heights of the aerial silks acrobats to the sidesplitting comedy of the clown and the tension of the tightrope tricks. Perhaps the youngest member of the cast was most impressive with her Segway stunts and juggling, while the most heart-stopping feats were those of the four motorcyclists whizzing around the ‘Globe of Death’. 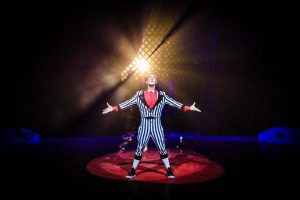 Circus Funtasia is a small and tight-knit team, with a human edge to their showmanship. The experience was complete with face painting and popcorn, and while the kids loved the aerobatics of the caped crusader, I envied the clown’s ability to spin so many plates with ease. Our eyes quickly readjusted to daylight as we emerged into reality, but the fantasy and fun of the circus is etched in our memories as a highlight of the holidays. 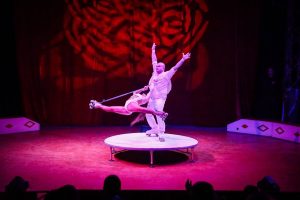 Circus Funtasia is in Cornwall for the rest of the summer holidays. Don’t miss their shows in Truro, Bodmin and Hayle in the coming weeks. Tickets are on sale from just £7.